How To Design a Small Bathroom with a Shower and Bath 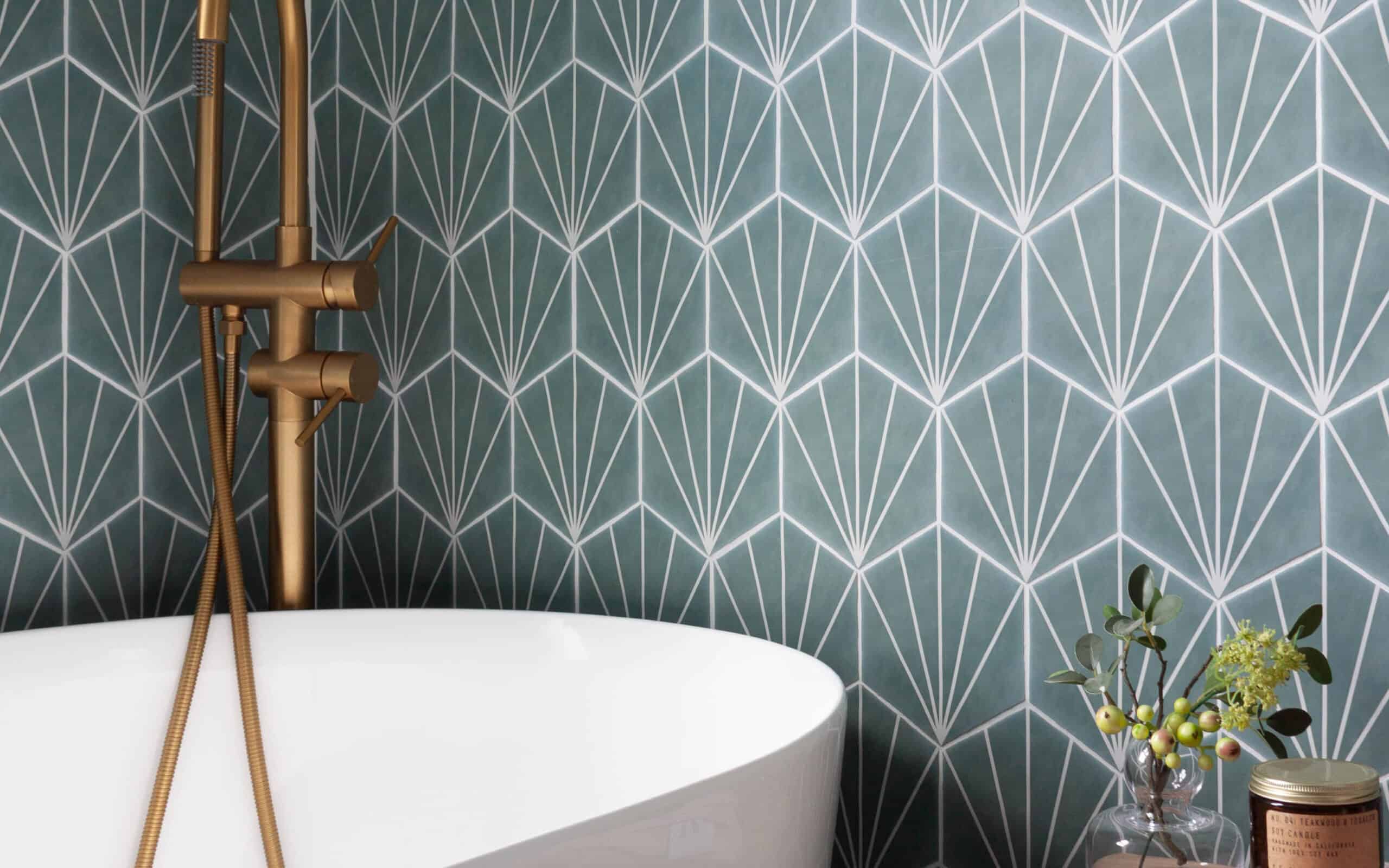 And make it look bigger too!

Designing a small bathroom can often mean making a choice between having a bath or a shower. For some people it’s easy, you’re either a shower or a bath person right. But what if you’re not? What if you like different things for different times of day – an invigorating wake-up shower in the morning and a long luxuriating bath at night? If, like us, the thought of a scrub down in a P-shaped shower bath gives you the chills, fear not.

The owner of this small bathroom in a Victorian townhouse set us that very challenge. Her morning needs were very different to her evening, and so a large statement bath and a separate shower were an absolute must, as were storage, simplicity and luxurious touches. Contemporary in style, with a nod to the traditional bones of the building. The layout was going to be a critical factor, but the scheme would have an equally big role to play. 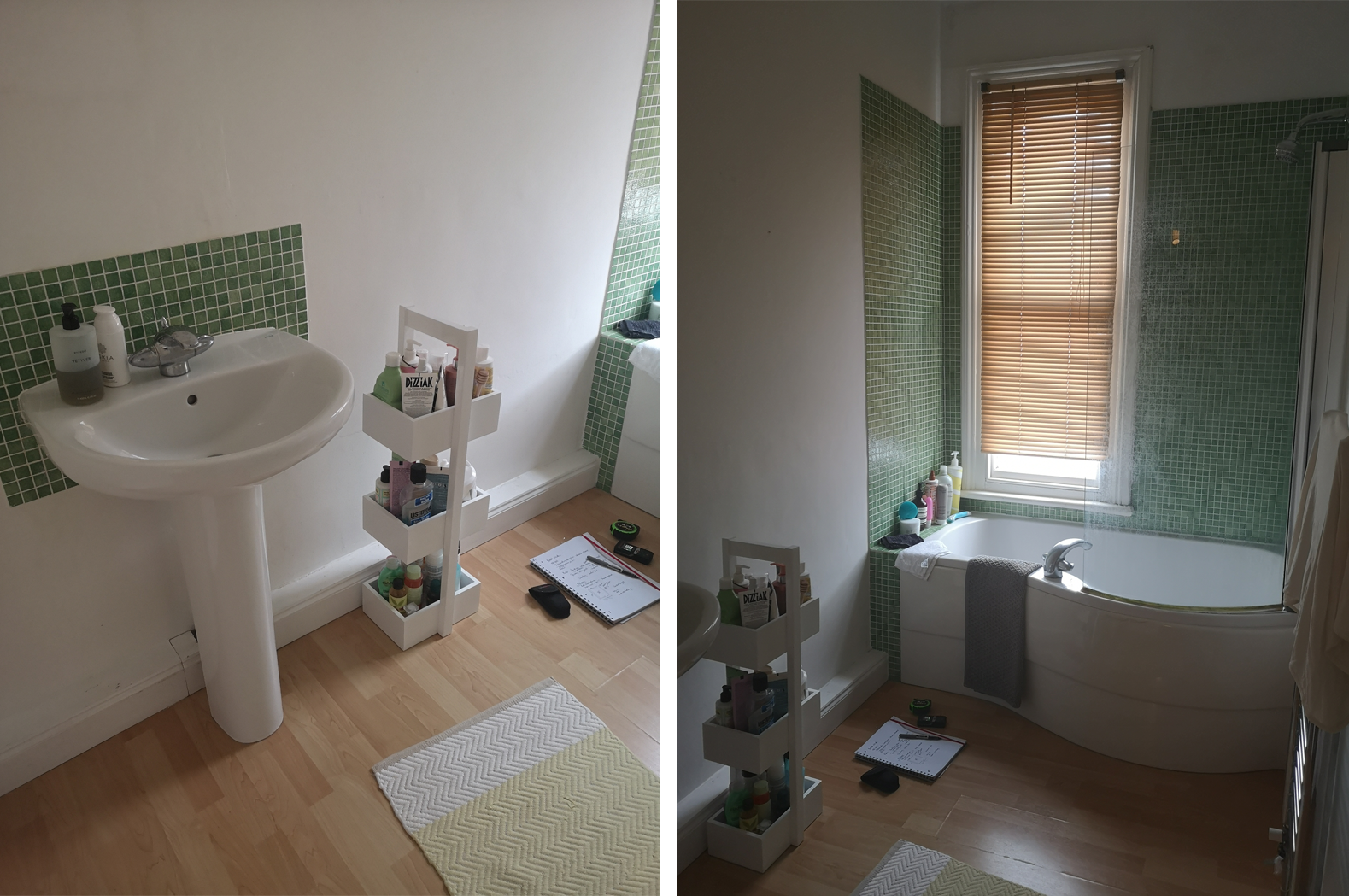 The bathroom before the transformation, with P-shaped bath.

The space is long and narrow; 1.6m x 2.7m with a window at one end and a door at the other. One very redeeming feature in this scenario is a separate loo. Being further down the landing, knocking through was not an option, but keeping it separate very much was (let’s face it, when given a choice, who wants to stare at a loo while they’re relaxing?!).

We approached the space planning by considering the activity, which in essence breaks down into wet and dry, allowing us to focus on two unique zones. 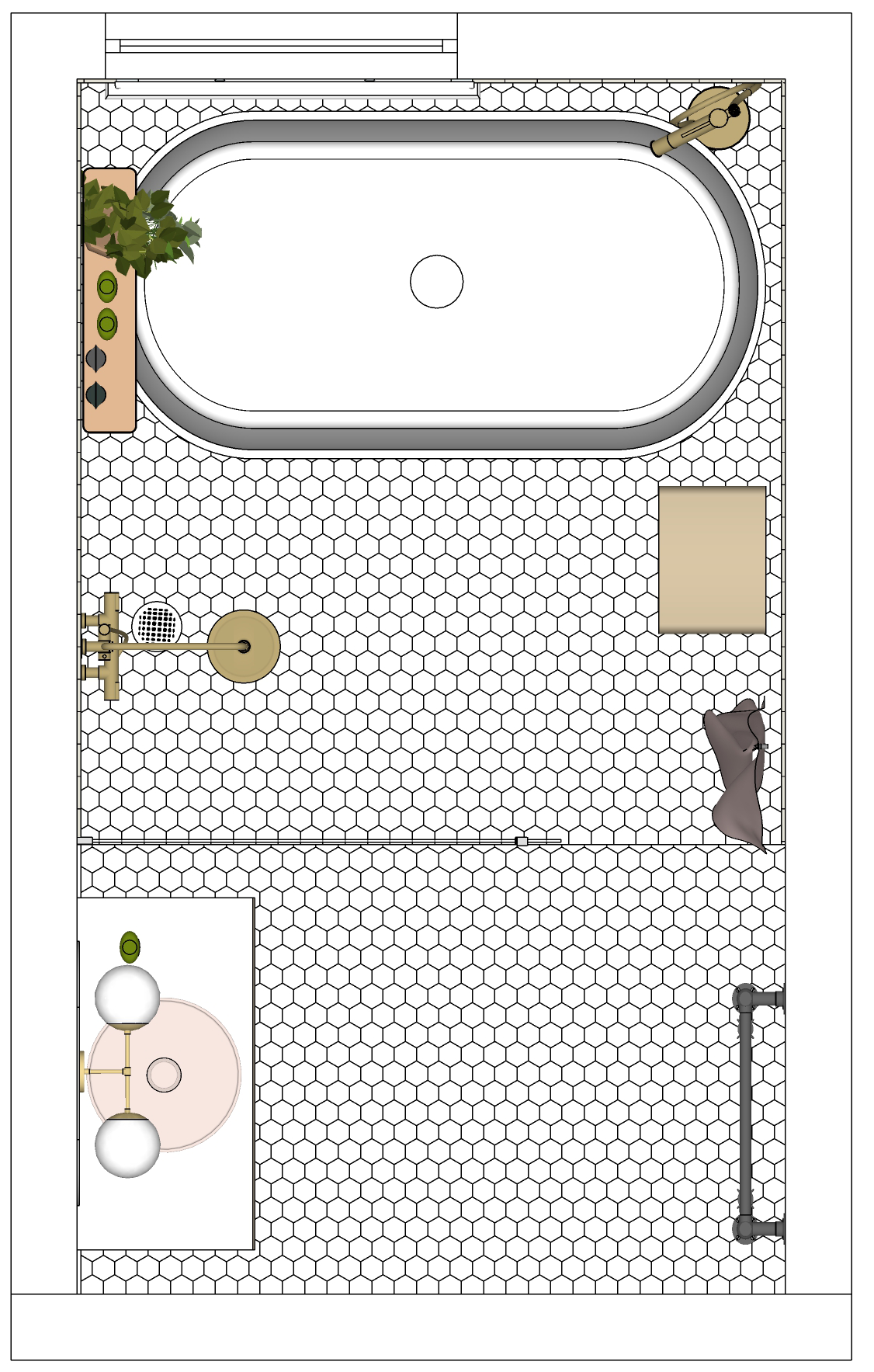 The ‘Wet Zone’ was allocated roughly two-thirds of the space. We took advantage of the traditional high ceilings to raise the floor level so we could conceal the new pipework and lay a large wet room shower tray, before waterproofing the whole area thoroughly, tiling and adding a large frameless glass screen. Removing ourselves from the constraints of a traditional shower cubicle and taking a walk-in approach meant we had ample space for a freestanding tub alongside, and could provide shelving for shower accessories within easy but practical reach. The compact Formoso Petit Bath from Clearwater, with it’s elegant curves fits neatly into the space without dominating the area. 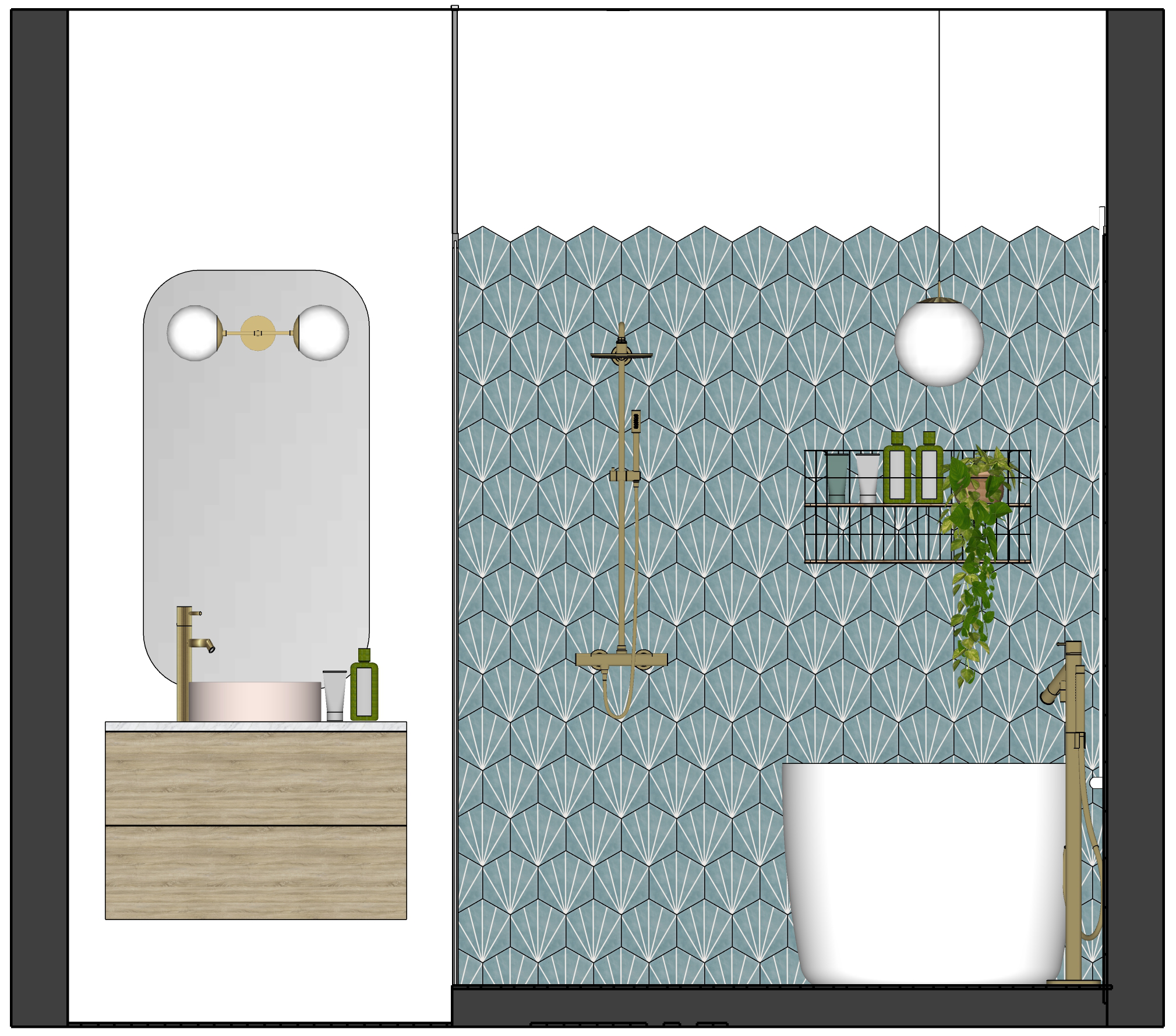 In the ‘Dry Zone’ we fitted a floating vanity, with a round countertop basin and marble effect top. The large area of negative space under the vanity, and continuation of floor tiling into this area creates a greater illusion of space, helping the area to feel less cluttered and bigger than it really is.

The colour scheme and materials used also have an important role to play in defining the space. We continued the zoning principal, choosing a bright and energising teal blue hexagon tile for the wet zone, against an almost white backdrop in the dry. The bold colour draws your eye through the barely there glass into the length of the space and the stunning bath at the end. The skyward pattern taking your eye up to celebrate the height, all of which enhances the feeling of space.

A small, white marble hexagon moscaic floor tile stretched the length of the space ties together the two zones, providing continuity and cohesion and an overall lightness.

A carefully considered lighting scheme completes the zones and is the major factor in day to night mood transition. A simple focussed downlight above the shower, and another in the dry area provide bright, functional direct light, while the offset, bathroom IP rated chandelier and mirror wall sconce on dimmer create a softer, ambient light for evening relaxing.

Transform Your Home With These Ideas for Custom Cabinetry →